We will pay a large price in the future if local history groups ignore the need to collect their community’s history today—as it’s made. And today’s material is free.

If you could talk to your great grandparents, what would you ask them to leave you? And think about your own great grandchildren. What would they want to know about you? Because collecting isn’t just about the eighteenth century. It’s about today,

and if you don’t save it now it won’t

What are your reasons for collecting? It doesn’t matter. Please keep doing it, or start doing it. Don’t forget the recent past and the present—like having your picture taken yearly at your place of business with the tools of your trade. Save coffee mugs  displaying your logo, banners, souvenir pens, all paper marketing materials—you get the idea. Anything that promotes your business or organization will be of interest to someone fifty years from now, and by then it will be gone if you haven’t saved it.

And share what you find. As I like to tell people, if you can't play show-and-tell with your toys, why have them? 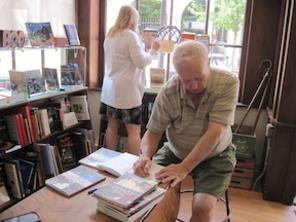 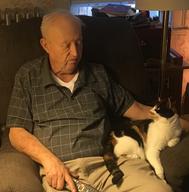 Born and raised in Salem, Massachusetts, as part of the City's once large French Canadian community, Nelson attended Salem High School where he first learned about the Great Salem Fire of 1914 in a Civics class. His family was personally affected by the Fire, like hundreds of other French Canadian families, leading to Dionne's interest in Salem history and emergency service.

While in high school, Dionne began to collect postcards and books on the Salem Fire, and he volunteered for the Salem Red Cross Chapter. He also joined a local emergency group, which led to several courses at the Massachusetts Civil Defense Academy in Topsfield, Massachusetts.

Dionne served with the Army Intelligence Corps from 1965 to 1969, during the Vietnam era. After returning from military service, Dionne studied Fire Science at North Shore Community College.

In 1978 Dionne was appointed to the Salem Police Department, which put him in a position to gather current information about Salem during a time of massive urban renewal. In 1992, an injury Dionne suffered while on duty as a police officer led to his disability retirement in 1995 and to a series of illnesses that have given him the opportunity to read and expand his collection. Unlike most collectors of Salem history, Dionne specializes in Salem's "Industrial Century," post-Civil War (1870) to 1970. But he also collects material, especially business records, from 1970 to the present day.

Over the years, Dionne has provided many authors and reporters with photographs and printed materials, and in 2011 he joined with Jerome Curley to publish his first book, Salem, Then & Now, for Arcadia Publishing. Several more books followed. Eventually, after over fifty years of collecting, Dionne turned over his archive to Salem State University in 2013. He donated his collection of items suitable for display to the Salem Museum at Old Town Hall.

That same year, 2013, Historic New England, one of the nation's oldest historic preservation organizations, awarded Dionne the coveted Prize for Collecting Works on Paper. Since then, Dionne has received awards from the Essex Heritage Commission, City of Salem, and the Commonwealth of Massachusetts; published the second title in his book series; and commenced the third with #4 well on the way. He is a regular and invaluable consultant to Salem State.

As his illnesses have progressed, and during the COVID stay-at-home reality, Dionne has been organizing his papers on scouting in Salem, the French-Canadian community, and his own Dionne family genealogy. He is also on eBay every day finding and bringing home Salem history!

Other interesting things? Dionne has been

collecting military vehicles from about 1972

onward. He served as the National Vice President

of the Military Vehicles Collectors Club and

He lives on the North Shore with his spouse,